Plutonium atoms have 94 electrons and the shell structure is 2.8.18.32.24.8.2. The ground state electronic configuration of neutral plutonium is [Rn].5f6.7s2 and the term symbol of plutonium is 7F0.

Plutonium was the second transuranium element of the actinide series to be discovered. By far of greatest importance is the isotope 239Pu, which has a half-life of more than 20000 years. One kilogram is equivalent to about 22 million kilowatt hours of heat energy. The complete detonation of a kilogram of plutonium produces an explosion equal to about 20000 tons of chemical explosive. The various nuclear applications of plutonium are well known. The isotope 233Pu was used in the American Apollo lunar missions to power seismic and other equipment on the lunar surface. Plutonium contamination is an emotive environmental problem. 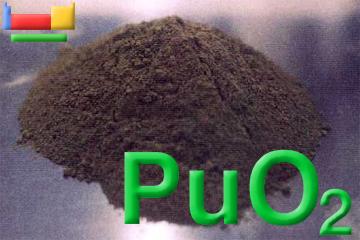 Plutonium has no biological role.

Reactions of plutonium as the element with air, water, halogens, acids, and bases where known.